This post will look at a number of ways that you can convert a PNG or JPG to an SVG file to cut with your Scan N Cut or Cricut cutting machine.

This post may contain some affiliate links for your convenience (which means if you make a purchase after clicking a link I may earn a small commission but it won’t cost you a penny more)!  Read my very boring full disclosure policy here.

Websites which will convert a PNG or JPG to an SVG

Online converters are hit and miss whether they will do a good job converting a PNG or JPG to an SVG. Often it depends on the image that you are trying to convert. If I choose to convert an image, I will often try the image in a couple of online converters to see which one will produce the best SVG file.

NOTE: looks can be deceptive. Check out the video on how they compare importing them into Canvas Workspace.

svgcreator.com – I have used this JPG to SVG converter a few times now with success. Not 100% success though. Often when converting files the end result will still need a little cleanup of unwanted areas that have been included in the file.

You can see in the picture below the original on the left-hand side and the SVG file ready to download on the right. There are some areas that have been missed however overall it is not a bad result. You will still only know how well when you actually cut the file out.

Picsvg.com – This is another I have used with mixed results. It is worth keeping in mind. The output in the picture looks great and it will be interesting to see how it comes into Canvas Workspace. Keep in mind that you can upload the SVG directly to your Scan N Cut. In some cases, this may produce a better result. The downside of this is that it is much more difficult to edit if you need to in your Scan N Cut screen.

Convertio – I usually like the results this online JPG to SVG converter gives. This online software, however, doesn’t display the output until you download it. Most of these sites are very easy to use.

Cutecutter.com – This is the first time that I have tried this online converter. Cutecutter is a little different from the others in this list as it is in demo mode. Another big difference is that it has adjustment buttons so that you can choose what you think will be the best file for you.

PNG and JPEG Online Converter – At first glance, this doesn’t seem to have done a great job however the colors make it deceiving. In reality, I think the outcome could be comparable to some of the other online converter programs. Again, this will be discovered when you upload the file to cut it out. I recommend that you zoom right in to see line breaks, missing areas and unwanted areas.

Vector Magic – not free. This is subscription-based which means it costs you money each month. The test conversion looked great so if you were doing a LOT of conversions it may be worth it. The program has reproduced the butterfly really well however due to the subscription I did not investigate any further.

The website also offers a downloaded version of the converter.

Comparing the PNG to SVG Converters

Have you watched the video?

Very interesting. I was surprised that the CuteCutter file was full of broken and open paths once I had uploaded it to Canvas Workspace (online) as I have had files turn out reasonably well from the CuteCutter site.

I decided that maybe it was an anomaly with the online version of Canvas Workspace so I uploaded the exact same file into the downloaded version to see the difference.

At first glance, I thought it looked perfectly fine HOWEVER on further investigation it had exactly the same issues with numerous broken paths that would have cut out like dashed lines.

What does this mean…

I often hear crafters say that they have had “NO success with converting files”…or “that conversion site doesn’t work”. Comments along those lines.

What I have found is that if you want a picture converted badly enough, try it in each of the converters listed above and pick the one with the best result. This has been the strategy I have used in the past as there are no guarantees of the outcome. I start with the site I think I will have the most success and then look at that file. If I am happy with it I don’t hunt any further however if I am not happy, then I look further.

Check the file thoroughly once you bring it into Canvas and make a judgment call as to whether you are likely to get a good cut from the file. Check the nodes as shown in the video.

Since running these tests I have discovered an online software called Brushkite. I have been having an amazing time creating fun designs.

In Brushkite you can drop in a picture and have very quick instant success. You also have the ability to quickly design signs, mandala’s, cutouts, split designs, and this list goes on. I have been testing the site and watching it develop for a few months now and I am super impressed with it.

This is the original file.

My go-to free converter is PicSVG as I get the most consistent results from this site. I then head over to Convertio if I am unsuccessful in PicSVG.

Having said that…. I will try the Trace function as my first preference ALWAYS and only dive around the conversion sites like a maniac when Trace fails me, although now that I have a subscription with Brushkit I have left the maniac part behind.

If you are wanting to create lots of your own designs really easily then Brushkite is a definite yes! Well worth the subscription fee. Brushkite currently has a 7-day free trial option available.

How to Trace with Canvas Workspace

Let’s review the Trace function of Canvas Workspace. Both versions of Canvas Workspace will trace PNG, BMP and JPG images and they produce a reasonable result. Often still requiring some tidy up of the file but rarely worse than some of the converters and usually as good or better job depending on the file you are trying to convert.

A trace is an excellent option and you will find the full tutorial here.

The Imaengine app is for Apple products like the iPhone and iPad. It can produce excellent results and if you have an Apple device it is worth downloading the app and having a play converting images. Unfortunately for me, I have an android phone and tablet and haven’t been able to find an app that does a good job. If you know of one, feel free to let me know.

Go to your Apple Store on your iPhone or iPad and search for Imaengine.

If you would like to know more about the two versions of Canvas Workspace I have put together more information here.

Join me in the Scan N Cut – Let’s Create With Sue Facebook group. It is a group of awesome craft friends sharing and caring.

I would love to see you there.

Would you like to learn the Scan N Cut Basics?

I have a free course on offer to assist you to learn some of the basic features of your Scan N Cut.

Need to learn how to use Canvas Workspace? More information can be found here! 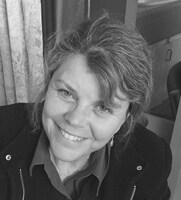 My goal is to inspire you to learn and have fun with your Scan N Cut. I am so pleased you have popped in!

The site is full of tutorials, courses, free templates and projects just for YOU! I hope you find them awesome.